Approximately 47 km from Tulum you can find the Coba Cenotes. If you are looking to combine some ancient Mayan ruins and a cenote swim then Coba is a perfect place for you. Many of the Coba cenotes are located underground, meaning Coba is one of the best places in the Yucatan to experience cave cenotes.

Not renting are car, and the thought of getting around is too complicated? Check out these Coba tours!

A QUICK HISTORY OF COBA

Coba and the Yucatan Peninsula was the heartland of the indigenous Maya people for centuries. Coba, was in fact, one of the biggest and most important Mayan cities in the region at the time. Inhabited by up to 50,000 Maya at its peak, Coba extended over 80 square kilometers. Over 6000 structures and one of the largest network of Maya stone-built roads, otherwise known as the ‘Sacbe’ make Coba a fascinating place to visit.

At Coba, you can find the regions highest pyramid. The Ixmoja temple is one of the highest anywhere on the peninsula, higher than Chichen Itza, and one of the last that you can still climb. The architecture is similar to that of Tikal, the biggest Mayan pyramid found in Guatemala. Many researchers also believe that Coba was mainly ruled by women.

Coba began to lose some of its influence at the turn of the first millennium after a power struggle with neighboring Chichen Itza. It then settled into its status as a secondary city. However, Coba was abandoned around the time of the arrival of the Spanish in the region in around 1550.

Coba ruins are one of the more picturesque archeological sites in Mexico. If you go early, you may have the place to yourself.

The three cenotes in Coba are all the cave or young form of cenote, making them some of the best cenotes in Riviera Maya. They are called Multum-Ha, Tankach-Ha, and Choo-Ha. The term ‘ha’ means ‘water’ in the Maya language. Hidden within the region’s beautiful jungle. Since they are off the beaten path, they remain something of a hidden gem. It’s very possible to have the entire complex to yourself while visiting if you get there early.

Situated further into the jungle than its sister cenotes, you can find Multum-Ha. Out of the three, it has the narrowest spiraling entranceway, making for an adventurous start. Within the cave you’ll find a wooden platform over the blue water, lit by a small hole in the roof allowing sunlight to enter. 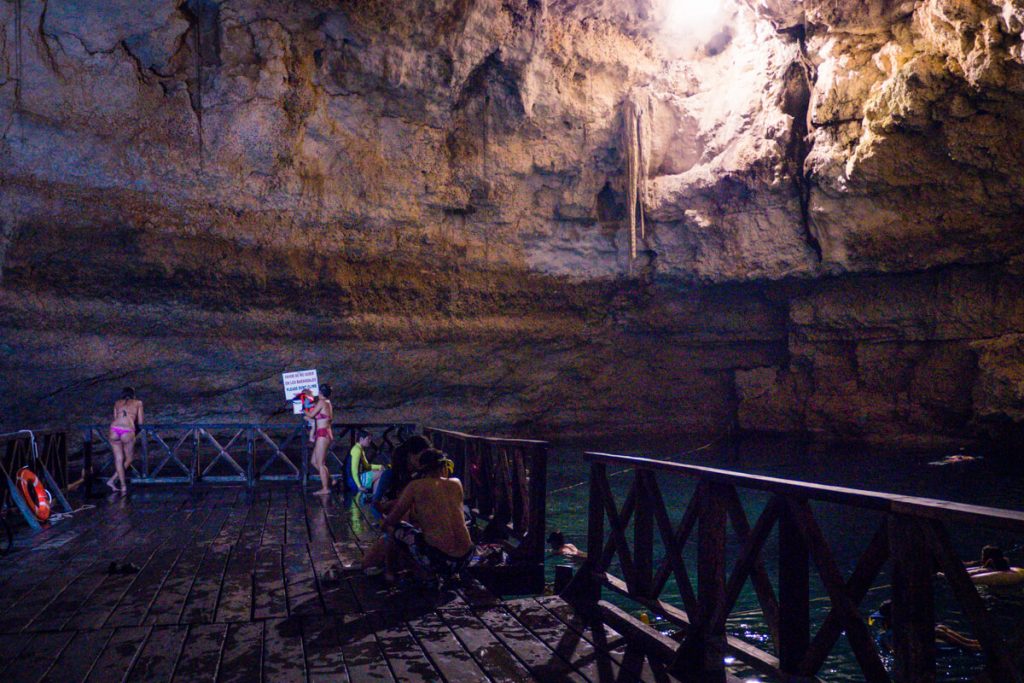 Accessed by a wooden staircase leading into the stone underground, you will find cenote Choo-Ha. Once underground the cave opens up with a high ceiling, decorated in a stunning array of stalactites and stalagmites. 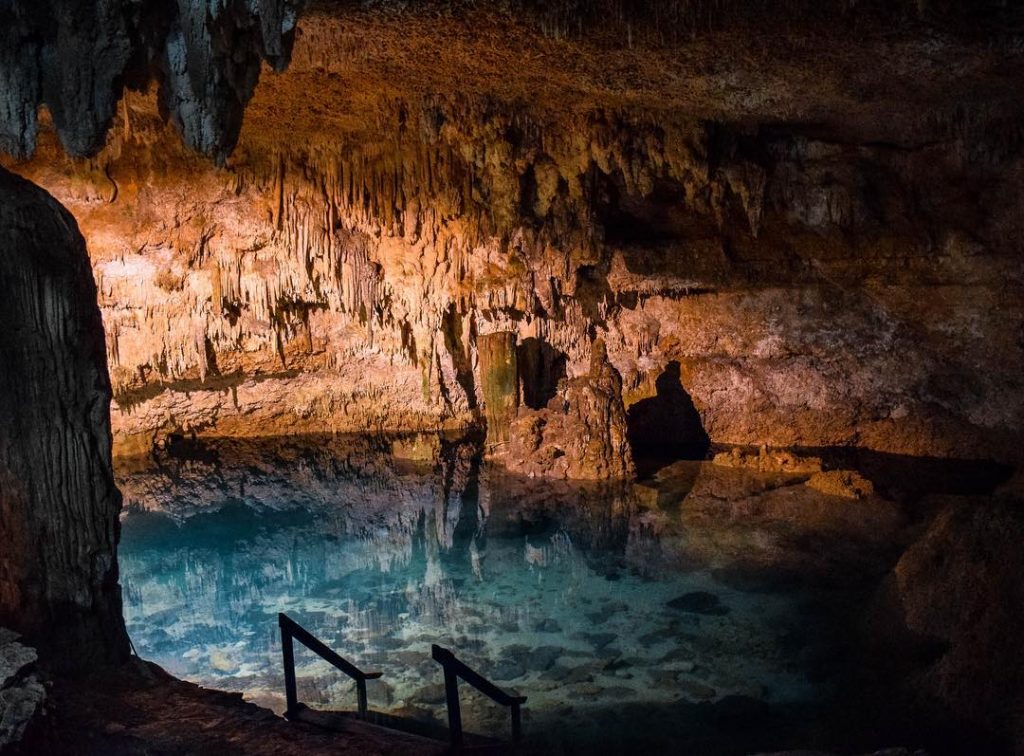 Through a small opening in the ground, you can reach Cenote Tankach-Ha. A fissure in the rock creates a passageway to the underground. Once you have cleared the jungle floor, a spiral staircase leads down into a large round cave. Wooden platforms 5 and 10m high allow you to jump into the cooling waters, while a cement platform makes for more elegant entry.

Coba may not have as many cenotes as other destinations but does boast some of the best underground Yucatan cenotes. Experience the rustic charms of these three large cave cenotes near Tulum. There is perhaps no better place than this Maya-built town.

Thinking of adding Coba to your itinerary? Good idea! Jump on one of these tours to see all the sights convieniently.

where to stay in coba

Immerse yourself in the jungle in Coba, less tourists than Chichen Itza, and ruins that are equally breathtaking.
A highly recommended hotel is the Aldea Coba An Escape Boutique Experience. However if you want to be simply amazed, stay at Coqui Coqui Papholchac Coba Residence & Spa. A chic boutique hotel with architecture inspired by the surrounding jungle and Mayan ruins.
Check out the below map for an overview on where to stay in Coba.