One of Bacalar’s most important tourist experiences is a trip to the cenotes. What undoubtedly makes the Bacalar cenotes special is that their natural splendor and the knowledge that they are almost completely unique and entirely naturally-occurring, making them extremely popular with weddings and photographers.

Bacalar is also home to some of Mexico’s biggest cenotes! This makes Bacalar a unique place to visit. The cenotes near Bacalar are all of the mature ‘open’ type of cenote. To explore a cave cenote, you’ll need to travel to other areas of the Riviera Maya.

Check out what tours run in Bacalar and click here if you need some accommodation inspiration!

A QUICK HISTORY OF BACALAR AND THE CENOTES

The name Bacalar is believed to have gotten its name from b’ak halal, or ‘surrounded by reeds’ in Mayan, with a lagoon – the Laguna de Bacalar or ‘Lake of the Seven Colors’ – to the east of the city. Bacalar is located in Mexico’s far south, close to the international borders of Belize and Guatemala.  It lies a two-and-a-half-hour drive from Tulum and around a 40-minute drive from the city of Chetumal which sits on the border to Belize. If you are traveling from Cancun, it’s roughly four hours or 350 kilometers.

Bacalar was the first Maya city in the region, which was inhabited for centuries before the Spanish arrived. Due to its location, it was an area central to the pre-Colombian indigenous Maya. Bacalar was the first town in the area which the colonizing Spanish conquistadors succeeded in taking, way back in 1543. It became so important that the southern half of modern-day Quintana Roo was governed from Bacalar.

Bacalar was continuously raided by pirates throughout the 17th Century. The pirates would enter through a canal in the lagoon, now named ‘El Canal de Los Piratas Bacalar’. It wasn’t until the construction of the Fortress of San Felipe that Bacalar could successfully defend itself against the pirates.  However, it did not stop an indigenous Maya army taking back the town during a rebellion known as the Caste War of Yucatan in 1848. Mexican authority didn’t rule over the city again until 1902.

More recently, Bacalar received the official designation of Pueblo Magico or Magic Town in 2006, for the array of experiences it offers visitors to the region such as The Laguna, Fortress of San Felipe and the beautiful cenotes it has to offer.

The clean, cool water dissolves the limestone, which over extended periods of time leads to the creation of tunnels, caves, and caverns. Often considered sacred by the Maya, there are somewhere in the region of 6,000 individual cenotes literally dotted about the Yucatan, with four cenotes near Bacalar itself.

Cenote Azul Bacalar is one of the deepest cenotes in the Riviera Maya. With a depth of 90 meters, it resembles a small lake in size. Surrounded by vegetation and the turquoise waters of the Laguna beyond. As an open type of cenote, it’s a great cenote to visit to swim, kayak or relax. Restaurants and amenities on site making it great for a family day out. 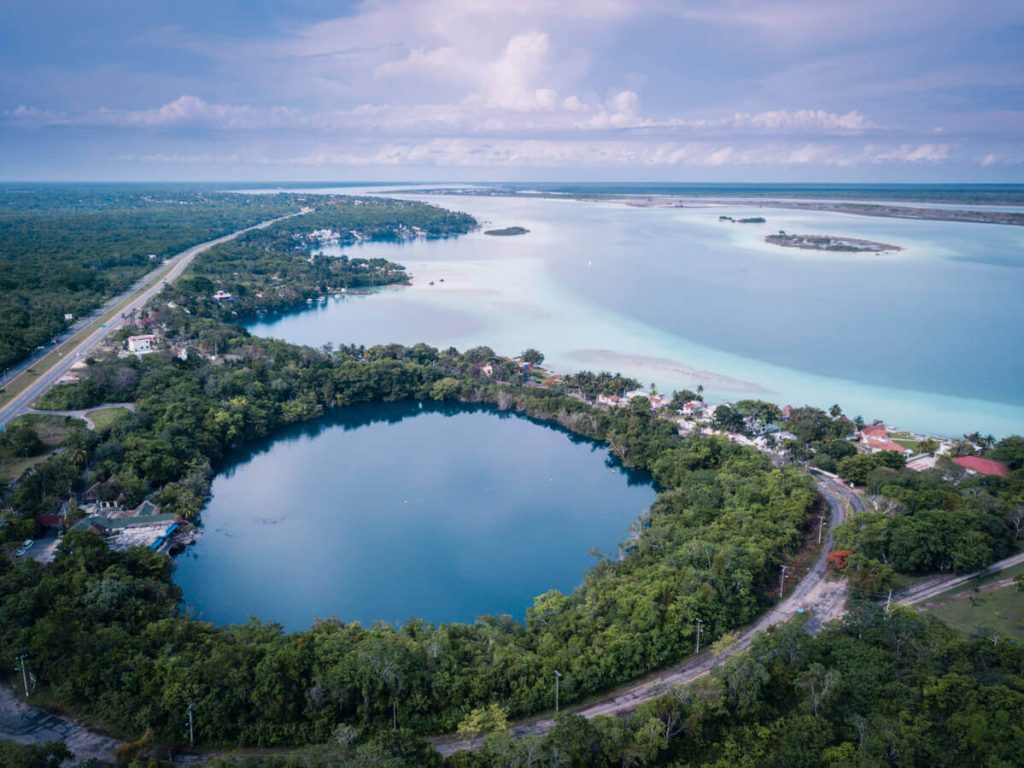 A superb Bacalar cenote when it comes to the facilities on offer. This makes it one of the best cenotes for families. Cenote Cocalitos has delightful green areas, access to the Laguna, and stromatolites – small mounds of rock originally created by bacteria. There’s a restaurant, camping space, snorkel gear, kayaks, and tours of the Laguna all available. 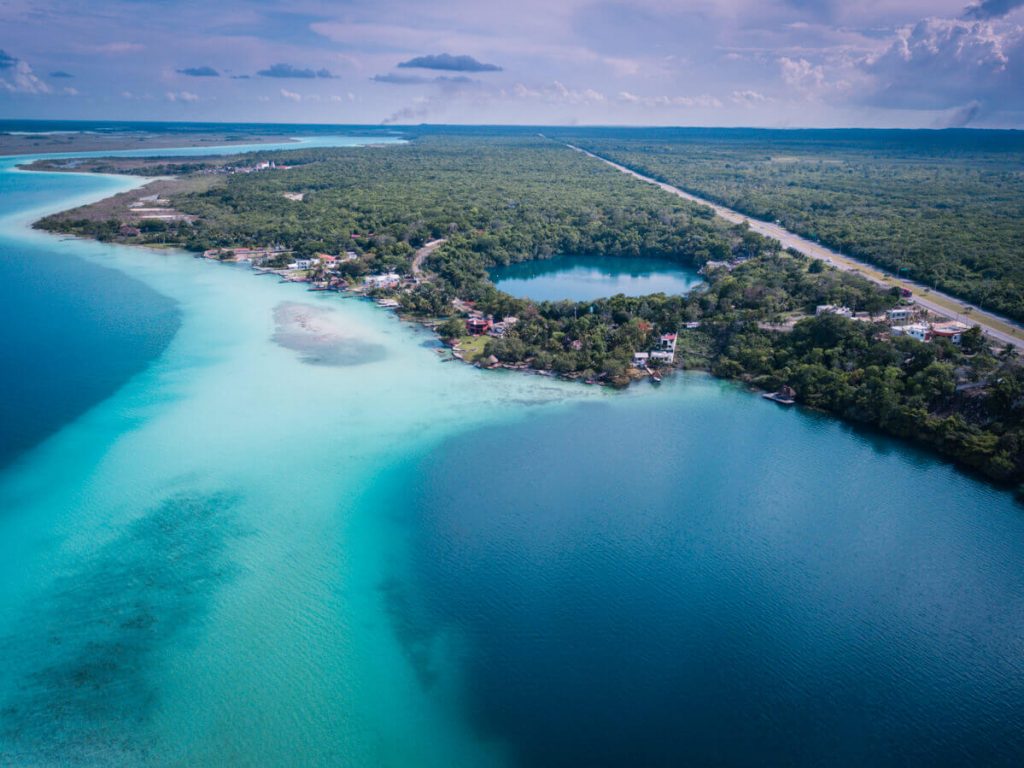 Cenote Esmeralda is located on the landward side of Bacalar Laguna, neighboring Azul and Cocalitos. It takes its name from its navy-blue waters, reaching a depth of 70 meters. Most people visit to check out the narrow gap, or ‘eye’, from which the cenote water meets the Laguna.

Last but not least comes Cenote de La Bruja, ‘the Witch’s Cenote’. Legend is that a resident Mayan witch living on the shores is how the cenote got its name. Otherwise known as Cenote Negro, which describes the dark color of the deep in contrast to the bright blue Laguna. The sheer drop from 2 to 90 meters makes this cenote unique in the area. 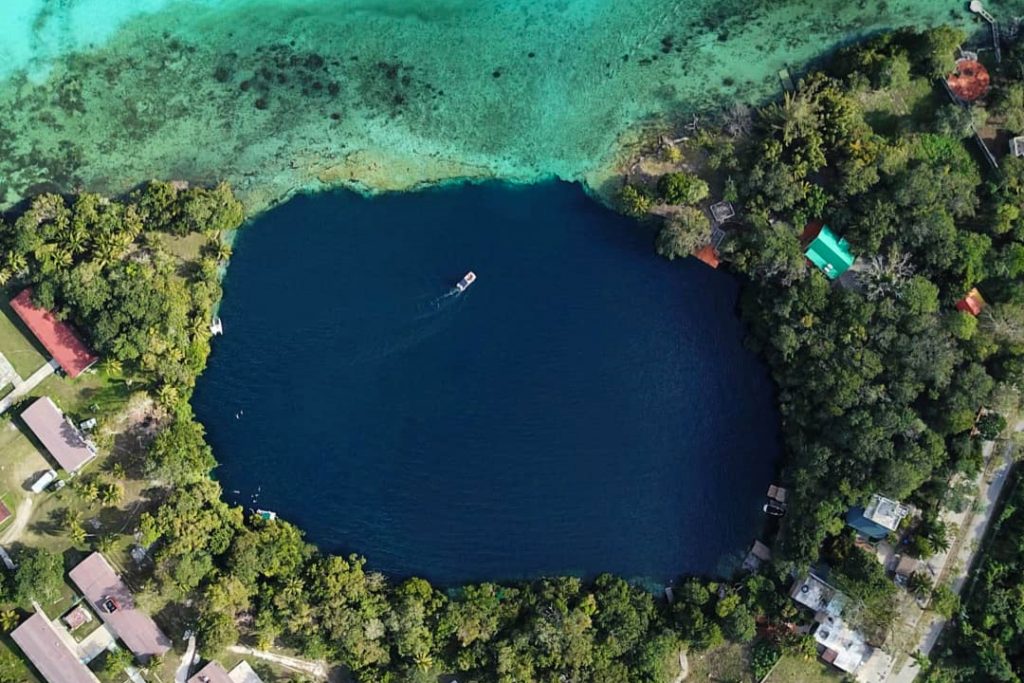 The spectacular Siijil Noh Ha Eco-Center is found halfway between Bacalar and Tulum. Near a town called Felipe Carrillo Puerto.

The Siijil Noh Ha is a Laguna with a cenote. It is off the radar for most tourists, due to its secluded location. A 3 km drive down a dirt road off the main highway brings you to the small picnic area next to the Laguna. The area is perfect for day-trippers, since there is an array of tables and shelters, along with kayaks for rent and even a few small cabañas if you’d like to spend the night. 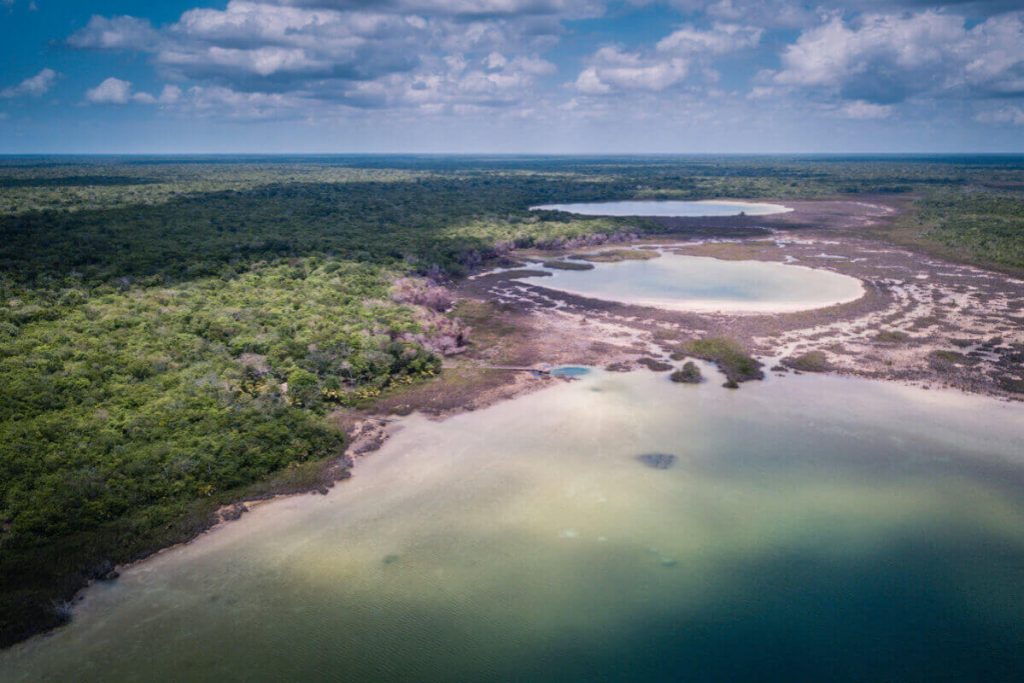 The cenotes in Bacalar are wonderful places in which to swim, relax and even scuba dive.
If you are interested to see what else Bacalar has to offer check out these amazing tours below!

Where to stay in Bacalar

Bacalar is one of the most picturesque places in Mexico. You will be spoiled for choice finding the best Bacalar hotel with so many beautiful properties to choose from. Check out the map below!